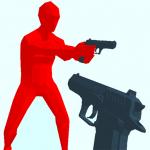 The idea of time is entirely different when you are inactive in this Gogy 2021 game of Time Shooter, which is a unique point that has made the game so attractive to plenty of players. You will get to enjoy a new 3D platform for shooting games with a special mechanism for slow motions similar to the ones in the Matrix - the classic movies. It still has the most basic function and requirement of a shooting game, which requires you to clear off the map filled with opponents as soon as possible.

Keep in mind that they will start shooting at the same time as you do, so make sure to run and dodge. Use the existed walls and blocks to hide and escape the enemies' shots to survive. Once you have taken your shot, it means that your movements are inactive. You will see that the gaming world here in this game at https://gogy.games/  starts to slow down.

Feel free to look around and think of the next move. Make sure that you have chosen a good spot to avoid the enemies' bullets or else the game will be over. Plan your further actions during the waiting time so that the moment it starts going back to normal, you will be ready to move again.

The visuals in these 3D games are a bit different and futuristic than the old games, but you will still be able to enjoy the nostalgia that the graphics bring. Overall, it's a remastered version to create a new game for kids of all ages! Run, dodge, and move freely on this platform to keep your character alive in the first-person point of view! Participate in more games such as Human Vehicle and Parkour Block Xmas Special for highest records ever!