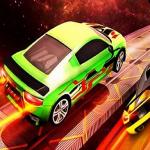 In the daily-updated list from Gogy racing games, a new choice has just been replenished. It's Real Impossible Track 3D, one of the famous exciting car game with the elaborated gameplay which will test your driving skills. In this game, the players tackle on the new journey of conquering the race tracks with the personal vehicles. While choosing to turn left and right, drift and take the turn, you will compete against the best racers side by side.

One of the new features that are highlighted in http://gogy.games/ is the application of the physics laws. You need to take all of the additional factors such as velocity, gravity into consideration as you drive. The falling rocks, rocky terrain, mountainous areas, and heavy winds will really test your adapting skills and reflex under pressure.

Also, during the process of turning, driving and breaking through to claim the top position, the winning player shall be the one who can take advantage of the twisting and winding tracks. Don't fall off the track because if you do, the game is over immediately. There are different difficulty levels among these 9 levels where you can slowly train your skills to race progressively faster to reach the finish line.

The currency that you collect in the game can be used to purchase new cars and boosters from the store. More games for racers such as Turbosliderz and Martian Driving are also right at the tips of your finger!

Use the keyboard to drive the car.