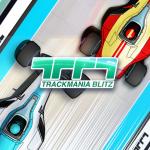 Trackmania Blitz will easily be one of the best latest choices of games for the fans of racing games that are recently updated on the variety of Gogy online games. It's a race among the fastest drivers with the best controlling skills when it comes to the art of accelerating and mastering the speeds on the track. You will be participating in a lighting-fast speed game in which all players will be trying to hit the top rank of the race.

Do your best to hit the top ranks and join the other in the quest to take over the wheels. There are twists and turns, even though the difficulty of them depends on the layout and the level that you are on. It's a great chance for the top players in this genre to showcase their wheel skills, top-notch precision turn, high-speed jumps, accelerated drifts, and so many more.

The gameplay takes place on a 2D platform with multiple players who are proficient in demonstrating the best turbo boosts, drifts, and jumps, as well as loops in the most difficult terrain. How long will it take for you to master this gameplay and stay on top of unforgiving elimination racers? The best records are kept in the global leaderboard inside the game.

Any player with top-tier scores can break the previous records and claim the new title of winner in this game at https://gogy.games/ , so let's take some time to conquer the challenge and prove your amazing racing technique soon! Plenty of updates and upgrades are available in the game so that racers can improve the capacity and horsepower of the vehicles, as well as the pacing and accelerating power. Keep exploring new tracks and the top-tier games such as High Speed Extreme Racing from our gaming site now!