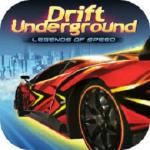 The best virtual city comes to life in Underground Drift Legends Of Speed, a new game from Gogy racing game! It's the ultimate choice for the boys and girls who are fans of fancy cars and adore the joy of driving. More specifically, the drifting feature is the most prominent in this game since it emphasizes on this subject.

The players will compete with each other to become the king of the night streets by defeating the bosses. But before any race, choose your own appearance of the car, changing its color, picking the color of the wheels, patterns on the interior, or the color of smoke from under the tires. The wide range of options in http://gogy.games/ will allow the players to have the best experience ever!

When you start any race, drive through the tracks and find any floating board. By driving through the board and completing the tasks as written on it, you will gain scores which are used for ranking. The more tasks you complete, the newer missions will be unlocked for further exploration. Pay attention to the nitro icons scattered around the map. That can be used as boosters for extreme situations or when you want to speed up quickly.

It's a pleasure to emerge in such a realistic world of racing cars without any cost! More racing games such as Real Impossible Track 3D and Wheelie Cross will also be great choices if this is your cup of tea.

Use WASD to drive

The shift key to use the nitro

Spacebar to use the handbrake.